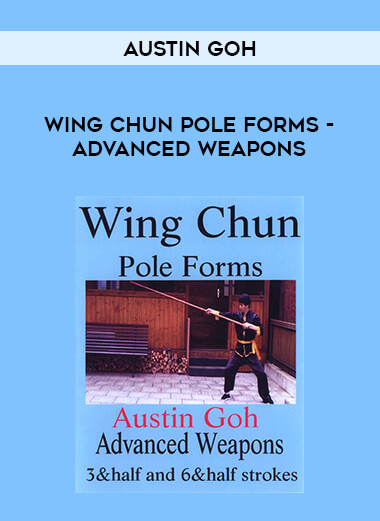 The complete step by step guide to training in the basic Wing Chun system. Pressure points, Chi Kung techniques, and applications of form are covered as well as a break down of Bil Chee and the kicking forms fully revealed for the first time. A must have third part in the Wing Chun series.

Practice at home with specially prepared mirrored versions of the exercises, syllabus and forms.

Customer/3rd Party Review – This review was done by a customer/3rd party and is listed here for you reference only. The views and opinions of the reviewer are not those of Everything Wing Chun and do not necessarily reflect EWC’s views or opinions on the subject matter. It is posted, like all customer reviews, to give you more info on the product and to give you different opinions on a product so that you can make the best decision for yourself about its content. The review is NOT by an EWC employee or contractor and EWC cannot stand by anything said in any customer/3rd party review. Enjoy!

This DVD explores the advanced form and final form of the Wing Chun system, Known as Bil Jee and the sixteen kicking techniques, Qi Gong and Pressure Point Strikes.

In other reviews given on the web for this DVD, which is the third in Sifu Goh’s, series on Wing Chun Kung Fu, was given three stars out of five as a rating. But I would have to disagree. The only short coming of this instructional piece is that its running time for play back is only twenty-six minutes max. But, if you’re an experienced practitioner in this martial art, you won’t have any trouble in following along or understanding what is done. This DVD is not for the beginner, although one could mimic the moves. However, if your first and second form performance is below par then forget the criticism and practice so more!

For those who are just beginning the practice of third form technique, this DVD would be an excellent supplement to one’s practice. Most books and Videos on the Wing Chun system don’t cover the kicking form and it’s applications demonstrated by Sifu Goh….so I think this DVD is a plus, if you haven’t seen it or it hasn’t been part of your Wing Chun Curriculum. One might also say that Sifu Goh’s third form is not like that of other schools…it doesn’t matter…different Sifus teach different things…which includes all three forms for that matter. It’s the consistency of your practice; the understanding of the Wing Chun fighting system and adhering to its principles that matter.

Sifu Goh’s, training methods by some might be consider more of the hard style of Wing Chun linage, with its emphasis on strength and power. But, diligent practice will bring you to the same level of accomplishment as the softer approach. Different teachers and styles of the martial arts are like mountain climbers at different levels or heights on the mountain, when they turn around, they all see something different, but when they reach the top they will all see the same thing. So…my recommendation to you Wing Chun Guys, is to buy it.

Demonstrated by Sifu Austin Goh
“Bil Jee, the Art of Self Expression”
Sequential breakdown of the Bil Jee Form

$6.00
Compare
Add to wishlist
Start typing to see products you are looking for.