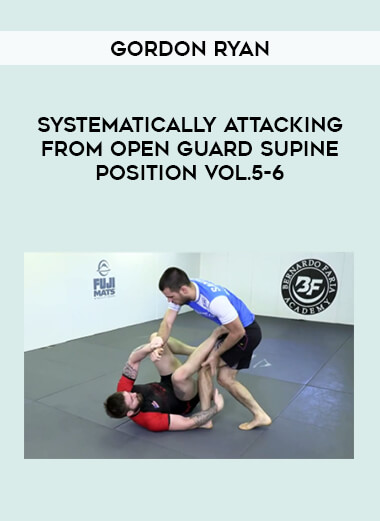 Systematically attack from your back with this open guard gameplan from Gordon “The King” Ryan, with sweeps, back takes, and leg locks that work at the highest levels of grappling
Keep opponent’s off-balance as you learn all of the ways to create kuzushi and pressure from your back
Attack from all the possible x guards, as Gordon teaches how to combine and flow between ashi garami entries, sweeps to guard passes, and creating back exposure
Use no-gi specific De La Riva and Reverse De La Riva guards for the most effective systems (including the no-gi berimbolo and much more)
This is the same system that Gordon uses in competition to beat the best in the world again and again
Gordon Ryan is the reigning ADCC Absolute Champion and one of the best no-gi grapplers of all time
See Gordon rolling and then watch as he breaks down that footage in real-time to explain the system in action
Volume 5:

Introduction To The No Gi Berimbolo

Entering The Legs While Inverted

$12.00
Compare
Add to wishlist
Start typing to see products you are looking for.